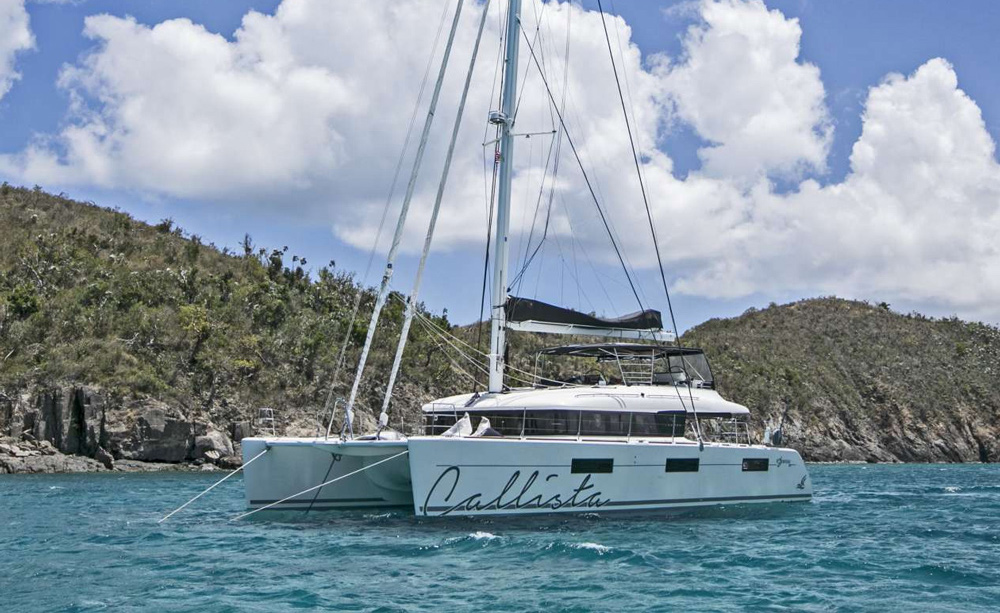 From $33,550 (2 passengers 7 nights)
To $36,850 (8 passengers 7 nights)*
*Price range is subject to change. Please Contact Us for pricing for various party sizes, number of nights and the premium weeks of Christmas & New Years. Best price guarantee: We endeavor to offer the lowest prices available and will always match lowest rates. We accept Visa, MasterCard and AMEX, no fees.

Callista is a beautiful Lagoon 620 Essence that offers the best charter layout with a spacious cockpit and the upper flybridge which is perfect for lounging. With a galley up design, this yacht features a spacious master stateroom plus three queen en-suite guest staterooms, accommodating a total of 8 guests in addition to her crew.

Callista is available for crewed sailing vacations in the Caribbean Virgin Islands spring and winter months, and the Grenadines in the summer.

Callista has solar panels which can produce up to 1000w 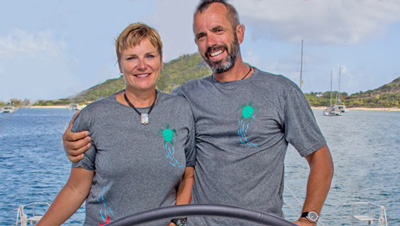 Captain Roland and Chef/ First Mate Vanessa, both vibrant and energetic, hail from Cape Town, South Africa. Roland and Vanessa met when in their 20´s and were married in February 2010.

Previously, Captain Roland worked in the corporate environment, ending at the pinnacle of his successful career managing his own business servicing the dental and medical industry. From being a Sea Scout in his youth then followed his passion for the sea by obtaining his RYA Yacht Master Offshore – subsequently receiving his RYA Yacht Master Ocean certification. Roland has delivered yachts professionally, doing numerous trans-Atlantic crossings (amongst others) accumulating in excess of 100 000 Nautical Miles. The majority of these deliveries were for the TUI group (Moorings/Sunsail)

Roland’s first transatlantic blue water passage in 2004 brought him to the shores of the Caribbean. It was during one of those yacht deliveries in 2005 that Roland came across Tradewinds Cruise Club and worked as a Charter Captain managing a Privilege 48 Ft catamaran in and around the Caribbean windward islands, operating primarily out of Jolly Harbour in Antigua, going on to work with Vanessa on numerous and larger catamarans for Tradewinds Cruise Club in 2012 and then into the private sector in 2013. His other passions include kite surfing, cycling, scuba diving, free diving and fishing...read more

Hugh White grew up in Pretoria, South Africa spending weekends at the local lake where his passion for sailing and water sports started as a youth. After graduation Hugh went straight into yachting and completed a Mediterranean season in France where his passion for the yachting industry grew. Followed by a 12,000 nautical mile delivery which included two Atlantic crossings and sailing up the east coast of Africa Hugh’s enthusiasm for sailing, fishing and diving only increased. Hugh then joined Callista in the Caribbean as the deck/stew where he sailed with Roland and Vanessa for two years learning the ropes of a charter captain. Hugh is an eager diver and always keen for an adventure!

Vanessa holds a diploma in fashion design but soon discovered that the hospitality industry is where her passion lies. For years a deli and coffee shop owner in the heart of prestigious London-Marylebone Lane- and prior to that, spent many years in the restaurant industry all over the world, from South Africa to Honduras to Europe. Having worked in the food and hospitality industry for so many years ensures without a doubt that your expectations will be exceeded. The guest book is testament to Vanessa’s great skills in the galley. Her creative flair and ability to cater to challenging dietary requirements is nothing short of incredible. Vanessa tends to lean towards a very healthy al fresco style preparation. (Roland is kept very busy on the grill!)

In 2010 Roland and Vanessa decided to put their individual skill sets together. They sold their respective businesses and embarked on a plan to work on yachts full time. They contacted Tradewinds Cruise Club with whom Roland has had a long standing relationship. The rest as they say is history.

Both growing up in South Africa has taught Vanessa and Roland to appreciate and indulge in numerous outdoor activities, whether it be hiking, skiing, river rafting , kayaking or scuba diving to name a few.

Vanessa and Roland are both qualified PADI Rescue Diver’s. Roland is also a qualified PADI OPEN WATER INSTRUCTOR and offers Discover Scuba Diving for non certified divers onboard SV CALLISTA ! Their guests can be sure they are in very safe hands ! There is NO certification after a DSD course.

Vanessa is a trained ASHTANGA yoga instructor and has added Powerboat Level 2 to her qualifications.

The flavour of Roland and Vanessa’s charters lends itself towards getting off the beaten track, finding paths less travelled but also feel very comfortable offering an itinerary which includes lively beach bars and popular locations. They are open to lifestyle charters of more than one week thereby allowing the freedom to island hop.

The grill is utilized a lot, providing a healthy outdoor style of food preparation and still managing to retain a feeling of luxury.

Being extremely service orientated, Roland and Vanessa feel very strongly that to provide a high level of service, responsiveness and speed a crew of 3 is best.

Maxime was born and raised on the East Coast of South Africa. She studied Hospitality Management for 3 years and worked in various luxury hotels for three years before deciding to adapt her skill set to work in yachting and see more of the world.

She began her career as a sole stewardess on a sailing yacht in Monaco and began her first circumnavigation embarking on an incredible adventure to sail the world. After this she joined The Oyster World Rally and also participated in the Oyster Antigua Regatta which really ignited her passion and love for sailing. She has sailed around 52 000 nm during her career thus far and sailed the North and South Atlantic, the South Pacific, the Indian Ocean, the Mediterranean and Caribbean Sea

Maxime has a vibrant positive attitude paired with good sense of humor and strives to create a relaxed and friendly atmosphere on board.

She hopes to make your stay onboard Callista an unforgettable experience.

Crew are fully vaccinated for Covid 19

Contact us for rates and current availability or to book a charter aboard Callista! 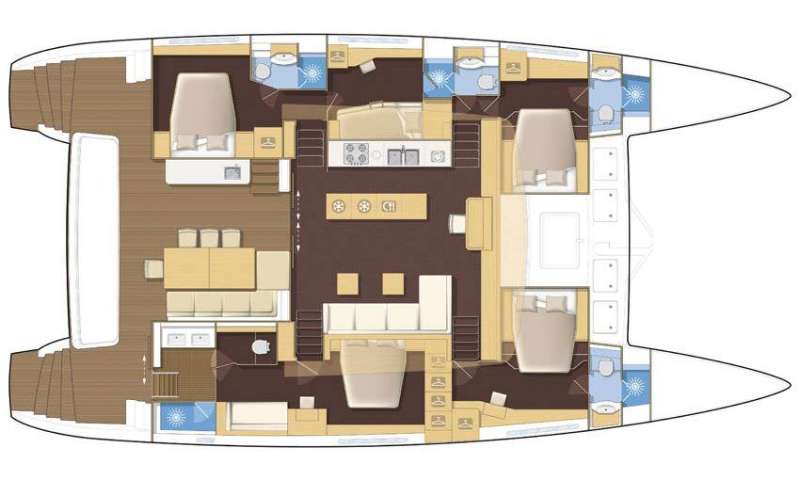 Disclaimer: While we make every effort to ensure that the information for Callista is current, we cannot guarantee that the details listed are 100% up to date. Please contact us and we will happily verify any details for you. Your privacy is important to us, view our Privacy Policy