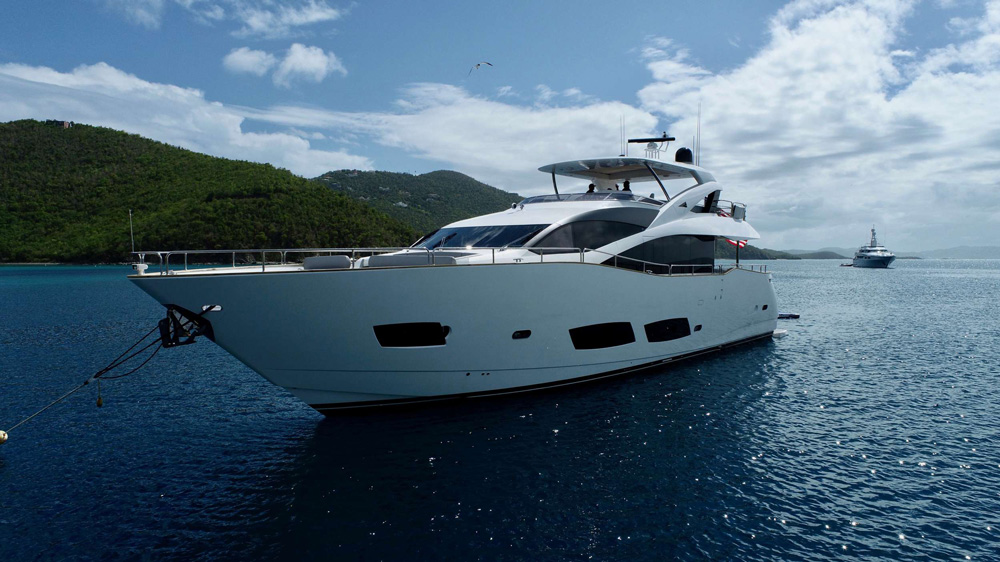 From $64,100 + expenses (2 passengers 7 nights)
To $74,500 + expenses (10 passengers 7 nights)*
*Price range is subject to change. Please Contact Us for pricing for various party sizes, number of nights and the premium weeks of Christmas & New Years. Best price guarantee: We endeavor to offer the lowest prices available and will always match lowest rates. We accept Visa, MasterCard and AMEX, no fees.

Captain Gus was born in Ft. Lauderdale, Florida, the yachting capital of the world. He spent much of his childhood in Bimini, Bahamas with his grandparents learning how to fish, dive, and navigate small boats through the local waters. He has always had a connection with the sea and was an avid sailor and boater all throughout his teenage years.

When he graduated boarding school in 2000 he went to sea working for the Seafarers International Union (SIU) as an Ordinary Seaman on ocean going ships. After several years of hard work and great experiences in the SIU he started working on sport fishing boats and yachts in South Florida cruising through the Bahamas, Florida, Gulf of Mexico, Central and South America and eventually settled in St. Thomas, in the USVI in the Caribbean.

Gus has worked on boats, yachts, and ships for 19 years and has logged over 20,000 nautical miles at sea; he holds a US Coast Guard 200 Ton Master License. He has spent the last 10 years on the beautiful waters of the USVI, BVI, and Spanish Virgin Islands, and has performed more than 65 day charters in the Virgins...read more

Captained yachts and sport fishing boats in the Bahamas, Florida, Gulf of Mexico, Central/South America, and the Caribbean

Jonathan found his love for the water and the outdoors as an Eagle Scout growing up in South Carolina. In college he learned to sail in the Charleston Oceanic Sailing Association regattas. After graduating from the University of South Carolina, Jonathan moved to St. Thomas where he became the head bartender at the famous Duffy’s Love Shack and he fell in love with the Virgin Islands and diving.

In 2011 he bought a sailboat and became a US Coast Guard licensed captain, spending the next seven years chartering and exploring the Virgin Islands. Jonathan is excited to share the magic of the Virgin Islands and create new adventures and memories with you aboard M/Y ELITE!

Maritime experience of more than 10 years

Chef Michael, born in Staten Island, has been working on yachts since 2011 after hearing about the industry from friends. He has knowledge in pretty much every role on a yacht, including deckhand, engineer, and chef.

Before yachting, Michael was working as a private villa chef. During this time, he began to focus on the food he was most passionate about which is Carib-Americana. He continues to find joy in cooking this cuisine while also drawing inspiration from his Grandma and Uncle.

Michael's other passion in life is surfing. One of his favorite experiences was when he went backpacking and surfing through Central America. You can often find Michael discussing food, culture, and surfing.

"I love collaborating with guests on charter to find out what they do and do not like. It's more enjoyable to cook when you know the people you are cooking for!"

Born and raised in the Bronx, Dayami is a huge Yankees fan and enjoys anything thrill seeking. One time she won an all paid trip to South Africa and cherishes it as her most adventurous experience! Water sports is one of her most enjoyable hobbies and she has been on boats with her captain father ever since she can remember.

After graduating with a degree in Human Persuasion, Dayami became ABA Therapist Certified. But, in 2019, she went back to her roots of the water and joined the yachting industry as a stewardess. Cruising New England was the beginning of her yachting career, with her favorite area being Nantucket. Now she is learning to love the Caribbean as M/Y ELITE's stewardess.

Dayami loves getting to know people, is excellent at multitasking, and enjoys motivating others to have fun. All of this combined makes her one of the best stews in the biz!

Contact us for rates and current availability or to book a charter aboard Elite! 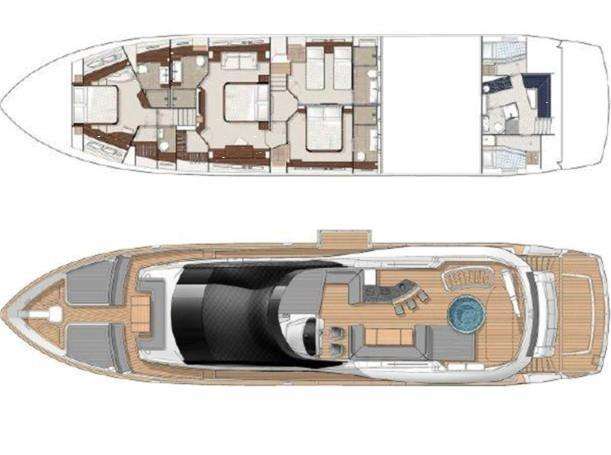 Disclaimer: While we make every effort to ensure that the information for Elite is current, we cannot guarantee that the details listed are 100% up to date. Please contact us and we will happily verify any details for you. Your privacy is important to us, view our Privacy Policy