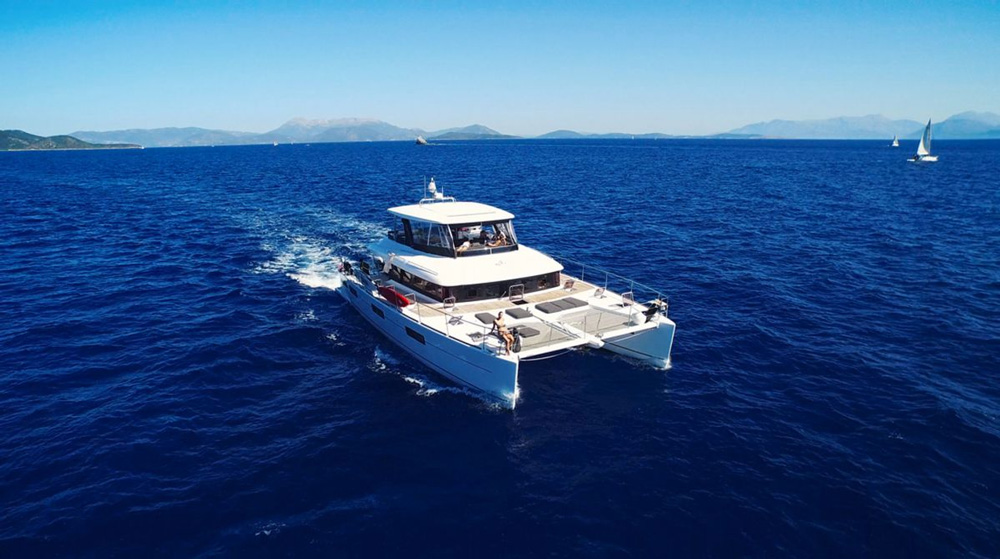 From $30,000 (2 passengers 7 nights)
To $36,000 (8 passengers 7 nights)*
*Price range is subject to change. Please Contact Us for pricing for various party sizes, number of nights and the premium weeks of Christmas & New Years. Best price guarantee: We endeavor to offer the lowest prices available and will always match lowest rates. We accept Visa, MasterCard and AMEX, no fees.

Cute Little Cat is a 63ft Lagoon power catamaran which is available for crewed charters cruising the Caribbean from December until end of April for up to 8 passengers in four king en-suite cabins.

Captain Dave Scallan grew up by the water in a small, coastal town in South East Ireland. Water safety and yachting are in his blood. Dave’s dad ran a water rescue operation and his parents pushed him to sail as a young boy. Growing up he raced dinghies, sailed in regattas and spent as much time on the water as he could. During his university years, Dave earned his degree as a mechanical engineer while simultaneously becoming a senior instructor through the Irish Sailing Association.

Dave then went on to instructing sailing in more than eight different yacht clubs in Ireland. After his time in Ireland, he developed a strong desire to travel and live internationally. He took a position at the Southern Yacht Club in New Orleans as a sailing director. After his time in the states, Dave decided to combine his love of the water with his engineering background and work on super yachts in Spain, Italy and Greece. In the Balearics, he was on a 30m sailing yacht. ..read more

Dave moved into term charters, captaining in the Split Dubrovnik Region of Croatia and the Cyclades in Greece. He became a cruising instructor through International Yacht Training (IYT) in Thailand and taught courses up through Yacht Master Costal.

Dave has more than 40,000 miles as a captain alone. He attributes his long maritime resume to his sense of humor, ability to whip up a drink and a good time. His goal is to take a day and make the most of it, both on and off charter. His larger than life personality, combined with his experience make him a fun, passionate captain.

In his spare time, he wakeboards, kite boards, skis (on both liquid and frozen water), keeps up with his favorite rugby teams, and scuba dives for lobster. Dave is also an ordained priest. So, come get married, or just enjoy a vacation of a lifetime with Dave at the helm.

Tayla grew up on the East Coast of South Africa. She has always had a fondness for hospitality. Tayla began her yachting career in France aboard super yachts as a stewardess and has completed a number of professional hospitality courses such as her WSET Level 1 Wine and Spirits course as well as a Bartending and Mixology course.

She has since worked aboard a prominent Sailing Catamaran in the BVI as a deck/ stewardess where she was exposed to cooking and naturally, she fell in love.

Tayla is a professionally trained chef having attained her Level 2 CTH Certificate In Culinary Arts at the accredited Ashburton Cookery School in Devon, she also enjoys any activity that involves being in the water having worked as a children’s swim school teacher earlier in her career.

Tayla will combine her knowledge of service and hospitality with her passion for cuisine to create a tantalizing taste experience.

Georgios is a seasoned captain, with more than 20 years of experience at sea, working on speedboats, master crafts, big motor yachts and sailing boats. He has spent the last 5 years as a freelancer skipper, watersports and kiteboarding instructor, and business owner.

His college degree in mechanical engineering enables him to maintain the vessels he is on board in excellent condition and he brings a depth of understanding in the fundamentals of yachting.

Thanks to his qualifications Georgios can handle all the sports equipment offered aboard.

Contact us for rates and current availability or to book a charter aboard Cute Little Cat! 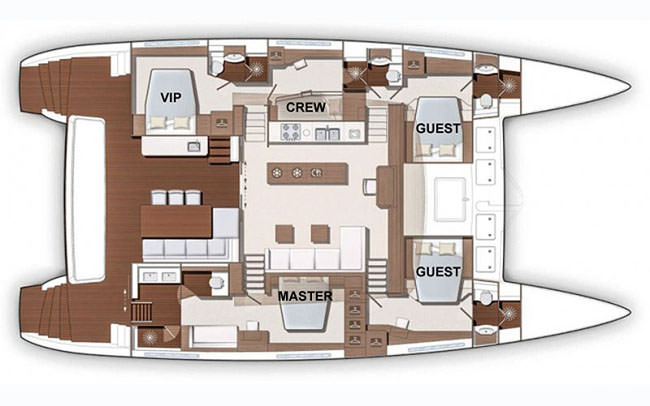 Disclaimer: While we make every effort to ensure that the information for Cute Little Cat is current, we cannot guarantee that the details listed are 100% up to date. Please contact us and we will happily verify any details for you. Your privacy is important to us, view our Privacy Policy