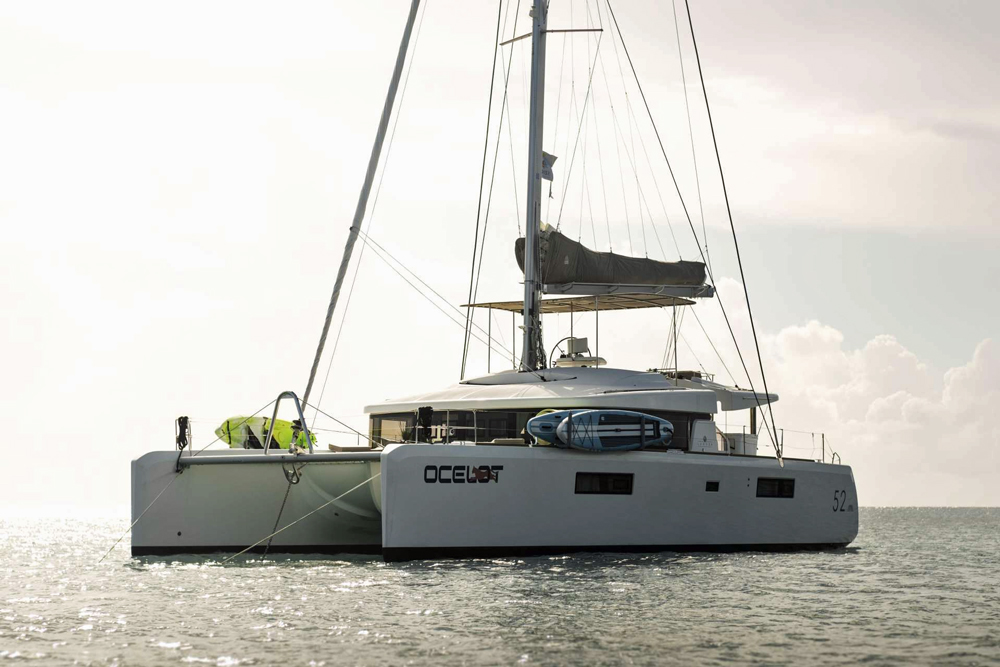 From $20,500 (2 passengers 7 nights)
To $25,000 (8 passengers 7 nights)*
*Price range is subject to change. Please Contact Us for pricing for various party sizes, number of nights and the premium weeks of Christmas & New Years. Best price guarantee: We endeavor to offer the lowest prices available and will always match lowest rates. We accept Visa, MasterCard and AMEX, no fees.

Ocelot has nice natural lighting and ventilation throughout plus full air-conditioning. The yacht offers alfresco dining in the cockpit and will comfortably accommodate 8 charter guests at the table. The salon will also seat up to 8 guests for dining or just relaxing in the A/C. On deck there are plenty of options for sunbathing as well as places to kick back in the shade.

Whether you are looking for a fun family adventure or a Caribbean getaway with friends, Ocelot’s crew is ready to welcome you on the Caribbean sailing vacation of a lifetime! 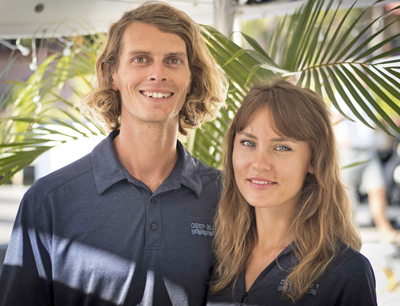 Devan was born and raised on Long Island. Having a father who was a captain and growing up

with boats right in the backyard, being out on the water very quickly became her escape. She

started dreaming about sailing around the world around the age of 10, before she'd ever

stepped foot onto a sailboat. Little did she know where life would take her.

She went to college at UNC Charlotte in NC where she pursued a degree in Civil Engineering.

project manager, utilizing her skills both in the office and out on the job sites. Then one Friday

evening, after an especially exhausting 60+ hour work week, she had an epiphany. She quit her

job and within two weeks, moved out to Hawaii where she was able to get a job as a deckhand

on a sailing catamaran. And that was it; she was hooked. She spent a couple years doing term

charters in the Hawaiian Islands, some time sailing around Southeast Asia and the south..read more

Pacific, and then moved to NZ for a year to work on a private motor yacht. When she's not

volleyball. Anything to get her adrenaline pumping.

Devan has logged over 5,000nm of blue water sailing and of all of the places she's been, has

without a doubt fallen in love with these islands. She is a high energy captain eager to show her

guests all of the hidden gems the Virgin Islands have to offer, both above and below the water.

Therefore, each charter is different and can be tailored specifically to the group’s interests and

desired locations. Aside from being a 100ton USCG Master, she also holds her STCW 10, First

Aid/CPR/AED and is a certified PADI Divemaster.

And then we have First Mate/Chef, Tim Montgomery, who has finally found a way to combine

his passions for cooking, traveling, and making friends from all walks of life a reality. After

working nearly a decade in landlocked, stressful kitchens, he decided to pursue a more relaxed

living situation in the Caribbean. Tim prides himself on preparing high end meals dedicated to

Tim began his career working under one of the United States top chefs, Carl McConnell. During

attending culinary school and furthering his education, he decided to leave the nest to go and

see the world. He landed an incredible job working for the global eco-tourism company

of Nat Geo's extensive itineraries sailing up and down the west coast, cooking in places he had

never dreamed he’d see and traveling between stints on their boats.

For the past two years, Tim’s been living and working on sailing catamarans in the Caribbean.

them with exquisitely plated dishes. An avid scuba diver, adventurer, and naturalist, join him by

snorkeling the Caribbean reefs and helping him snare lobster for that night’s appetizer. A

passionate musician, you can usually find him at night on the aft deck with a dark n' stormy

strumming a few tunes or playing a gig with friends at local bars when not on charter. At the end

of the day, his goal is to ensure everyone is having an amazing time leading to lifelong

friendships by the end of the trip.

Devan and Tim are the dynamic duo you never knew you needed! Their passion for these

islands and their desire to share that love shines through in everything they do. From the

moment you step aboard S/V Ocelot, the air of relaxation and good times takes over. And they

take care of absolutely everything, so that you can truly have the most magical week of a

So, let’s get a few cocktails on deck, put some good tunes on the radio, and let’s go sailing!!

Contact us for rates and current availability or to book a charter aboard Ocelot! 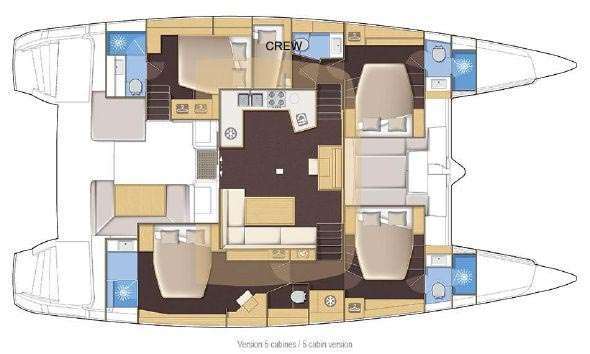 Disclaimer: While we make every effort to ensure that the information for Ocelot is current, we cannot guarantee that the details listed are 100% up to date. Please contact us and we will happily verify any details for you. Your privacy is important to us, view our Privacy Policy